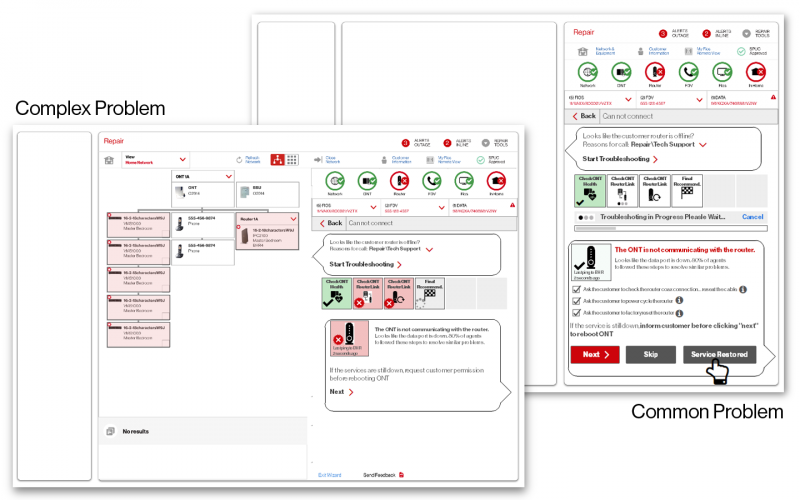 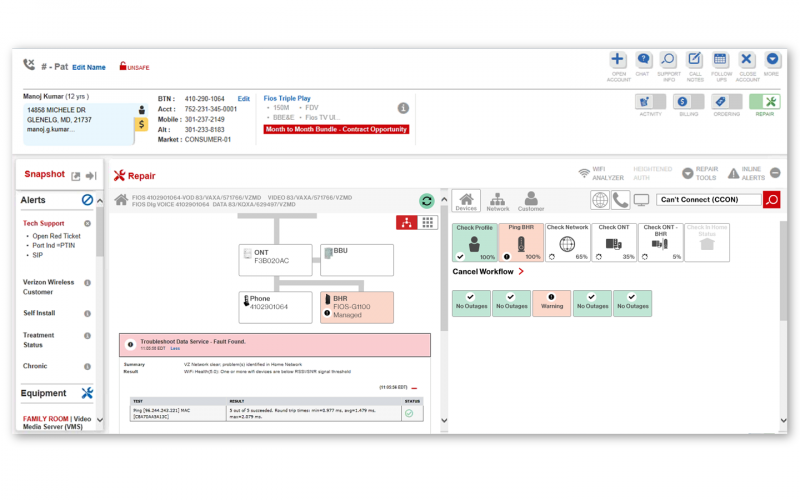 Verizon’s Optix software is used by customer support or engineers to identify problems within a FIOS connection for a home or office. This project joined both lead network engineers and users to use machine learning tool. Based on the initial system of checks the software could identify if it was a common problem or a complex one where the two panels would open up. To make the interface easier to use, a system of icons were created. The larger icon was the device or network and the smaller icon on the lower right was the action.